When most of us think about parents, we automatically think about the mothers in our lives. They were there for us from the very beginning and they do everything from tucking us in at night to kissing our bumps and bruises. There was somebody else that was there for us all along, however, and they certainly shouldn’t be left out of the equation. Of course, I’m talking about our dad!
There is no doubt that fathers can be pretty awesome although the style of parenting may differ from one to another. If there’s one thing that they all have in common, however, is the fact that they look after their children making sure that they are safe and happy. Sometimes they don’t really show it on the surface but at other times, we get to take a look behind the curtains and really see what fathers are all about. That is what happened in this story.

Some fathers like to show their children who’s the boss by disciplining them, and they may even want to embarrass their children to teach them a lesson. Other fathers, as you are about to see, are willing to go the extra mile and embarrass themselves. 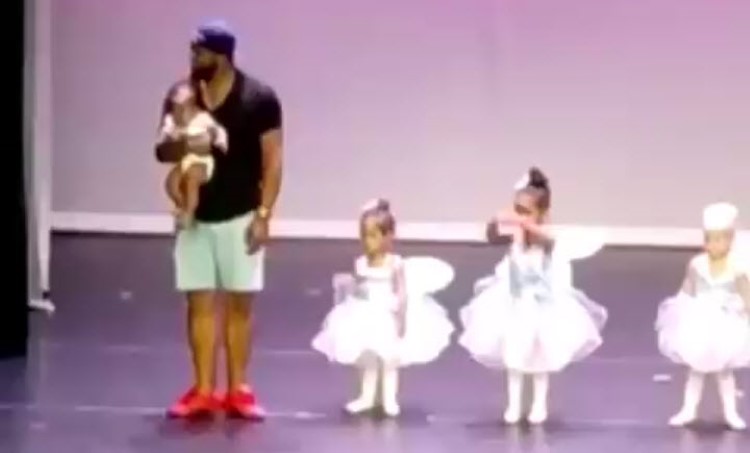 Sometimes a father will do something so amazingly incredible that you just can’t help but share with others. These are the fathers that are willing to take matters into their own hands and to do something out of the ordinary, even if it is a little bit embarrassing. That is what you are about to see in this father’s ballet dance. 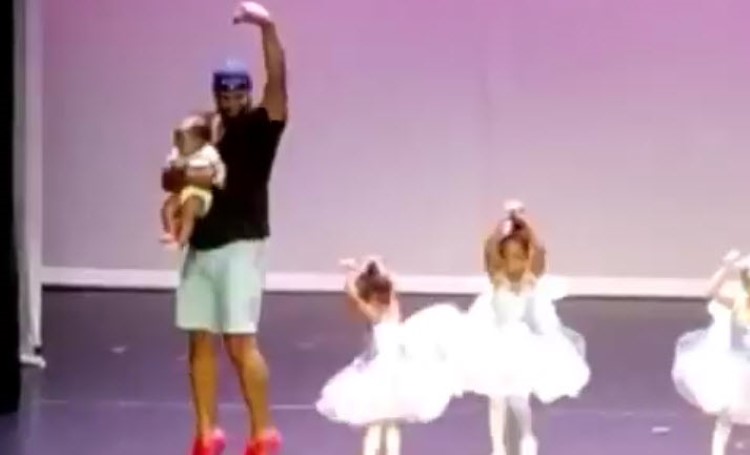 If you are a parent, you have probably experienced seeing your child embarrassed and perhaps even struggling in a public situation. That is especially true during school events when they may find themselves on stage in front of many people. The little girl in this ballet dance routine apparently found herself in such a situation.

Fortunately, her father was willing to get up in front of everyone and do a little bit of dancing himself. We can all imagine how happy we would be if our father did something like this for us. 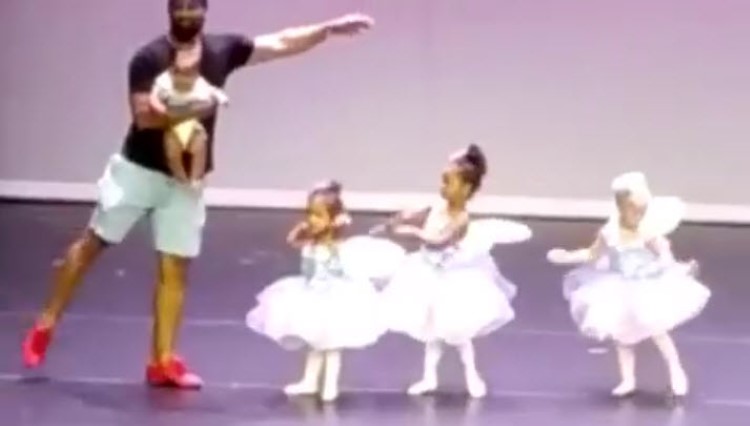 This event took place at the Motion School of Dance, located in Waterton, New York. The father went above and beyond when it came to his official fatherly duties and a video was posted on Facebook. When you watch the video below, you will see why it has now gone viral and has captivated the attention of the social media network.

The father stood beside his little girl on the stage. Apparently, she was having a difficulty remembering her routine but her father was there to save the day. As he stood beside her with a baby in his arms, he was there to lend more than a pat on the shoulder or some other type of emotional support. He knew every step of the dance and he was willing to do it in front of everyone to support his daughter in a most amazing way. 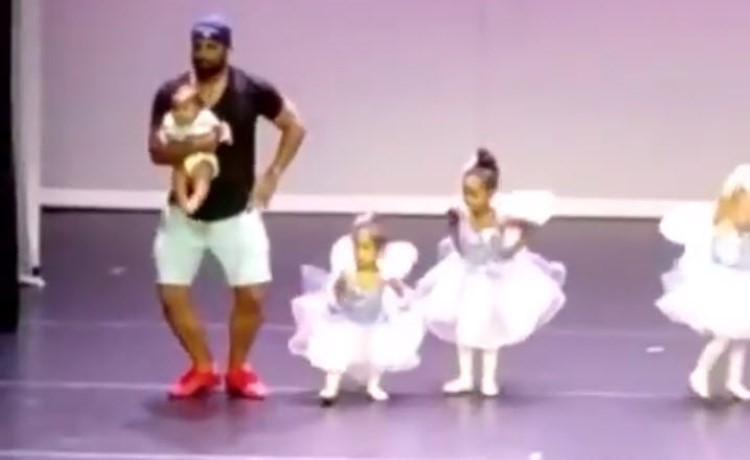 You may find this to be rather amusing, and there is no doubt that it is funny to see a grown man dancing with a group of little ballet dancers. I don’t know if he was overconfident in his abilities or if he just wanted to give his daughter something to remember, but he did it amazingly.

The video was posted by the Motion School of Dance and it included the caption, “In Motion Dads are the best!” 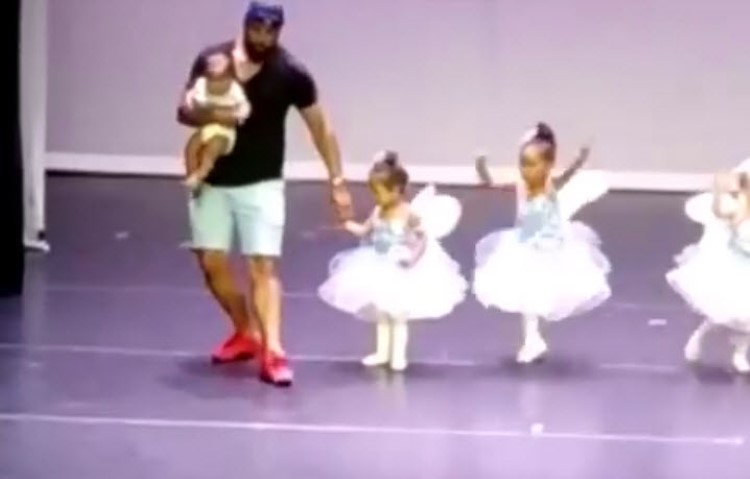 You can watch the adorable video below.