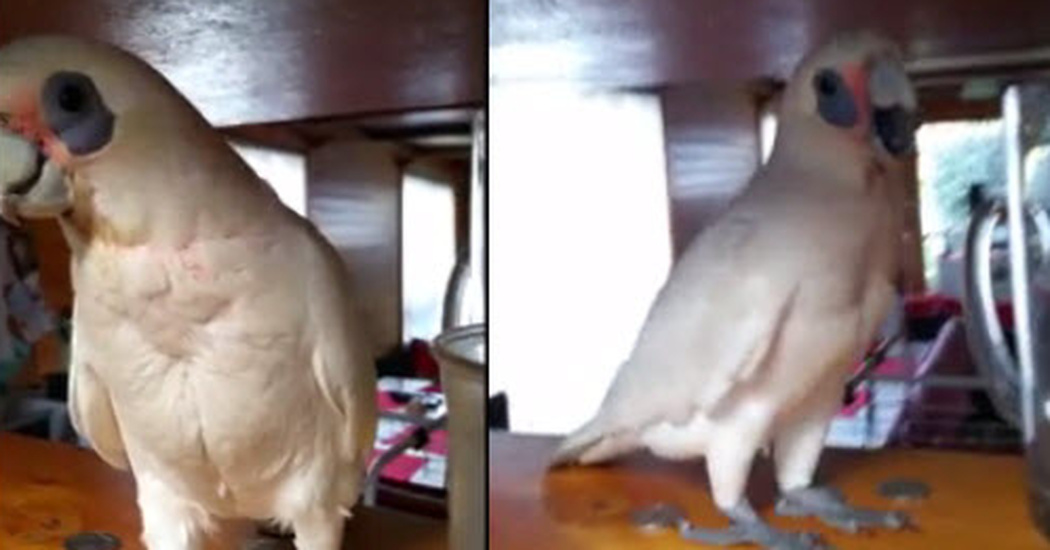 For those of us who grew up before the time when the Internet existed and people had easy access to videos and pictures of all kinds of different animals, it was quite a rare thing to be around birds, such as a cockatoo. That isn’t the case today.

Today, we not only have the opportunity to see these animals with the click of a button, we can actually get to know them quite personally because videos are being uploaded on a regular basis. In fact, there are some animals out there that have not only become well-known, they become downright famous! That is the case with Eric the cockatoo and this bird is one that has a serious personality; one that you don’t want to mess with.

If you have ever been stuck inside with the child on a rainy day, you realize that things can get a little crazy. After watching this video, you will recognize that it is not only children who want to get outside and play, even Eric the cockatoo wants to get out and play as well. In fact, when he is unable to go outside because of the rain, he throws an epic fit and it is one that will have you watching with your jaw dropped open and laughing out loud.

Eric may be somewhat small in comparison with his human parents but he certainly is a force to be reckoned with. As he continues to throw his fit, you almost feel sorry for his mother because you recognize that she is dealing with something that many parents of human children have to deal with as well.

We use cookies on our website to give you the most relevant experience by remembering your preferences and repeat visits. By clicking “Accept”, you consent to the use of ALL the cookies.
Do not sell my personal information.
Cookie settingsACCEPT
Manage consent

This website uses cookies to improve your experience while you navigate through the website. Out of these, the cookies that are categorized as necessary are stored on your browser as they are essential for the working of basic functionalities of the website. We also use third-party cookies that help us analyze and understand how you use this website. These cookies will be stored in your browser only with your consent. You also have the option to opt-out of these cookies. But opting out of some of these cookies may affect your browsing experience.
Necessary Always Enabled

Performance cookies are used to understand and analyze the key performance indexes of the website which helps in delivering a better user experience for the visitors.

Analytical cookies are used to understand how visitors interact with the website. These cookies help provide information on metrics the number of visitors, bounce rate, traffic source, etc.

Advertisement cookies are used to provide visitors with relevant ads and marketing campaigns. These cookies track visitors across websites and collect information to provide customized ads.

Other uncategorized cookies are those that are being analyzed and have not been classified into a category as yet.