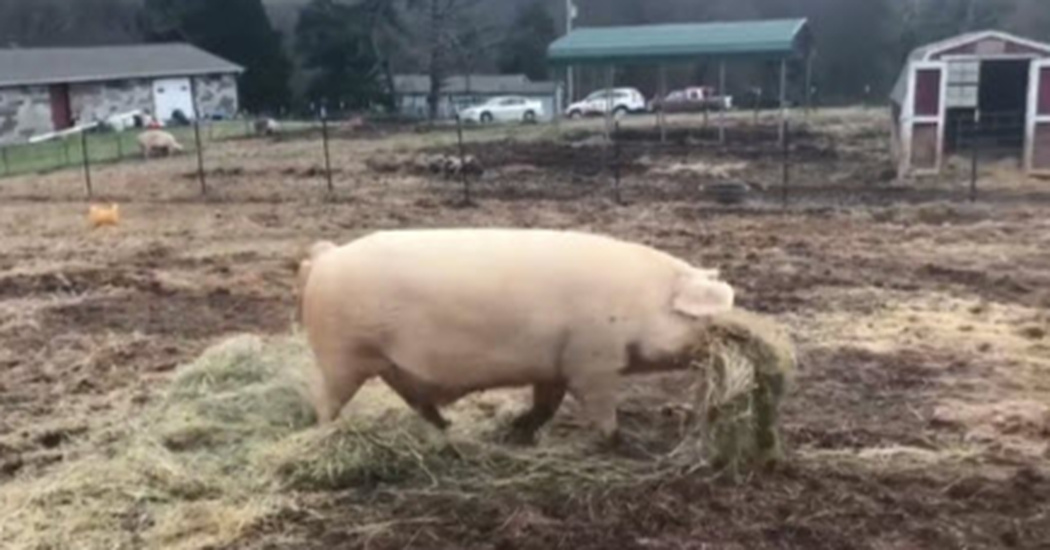 What is the first thing that comes to mind when you think about pigs? Most of us think about animals rolling in the mud but in reality, pigs are very intelligent. Not only that, they can even have a heart as big as gold. If you have any doubts about the ability of a pig to show love like any household pet, they are about to be forever changed. You are going to be touched by the story of Horton and Henry, and it may change the way that you look at pigs from this point forward.

Horton and Henry were both rescued when they were only a few months old. By the time that they were rescued and brought back to the farm, they were already experiencing many different problems. They had parasites, ticks and were anemic because they were not cared for properly. They also had formed a special bond that seemed to be unbreakable and these two pigs were closer than any brothers that we ever knew in the human family. It is unfortunate, but these pigs were also afraid of people but the rescuers were about to change that.

When Horton and Henry realized that they were safe around their caretakers, they began to get closer to them. Unfortunately, Horton was having some difficulties with his health and it wasn’t long before he started having a problem with his legs. They grew quickly but because of the mobility issues, Horton was often left behind when Henry was out. Henry, however, decided to care for his brother in an amazing way. 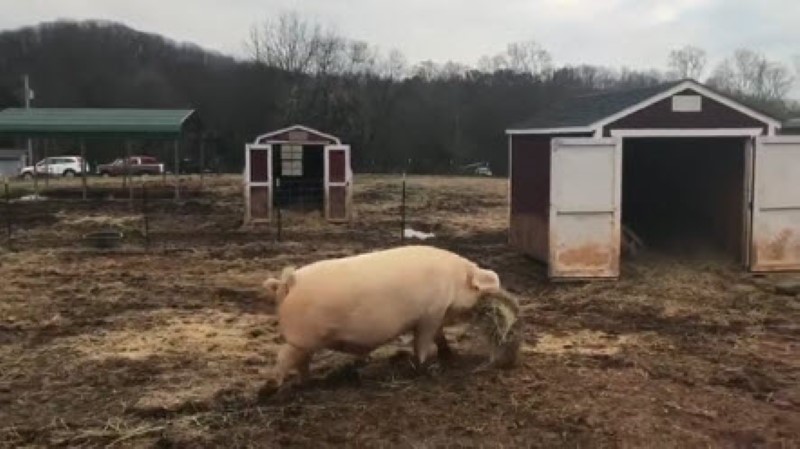 In this picture, you are seeing something that takes place on a daily basis and many times, all throughout the day. Henry was so close to his brother Horton that when Horton started to experience health problems, Henry decided he was going to care for him. Horton took anti-inflammatory drugs and had surgery and although he is getting better, he is on bed rest. Henry cares for him in an amazing way. 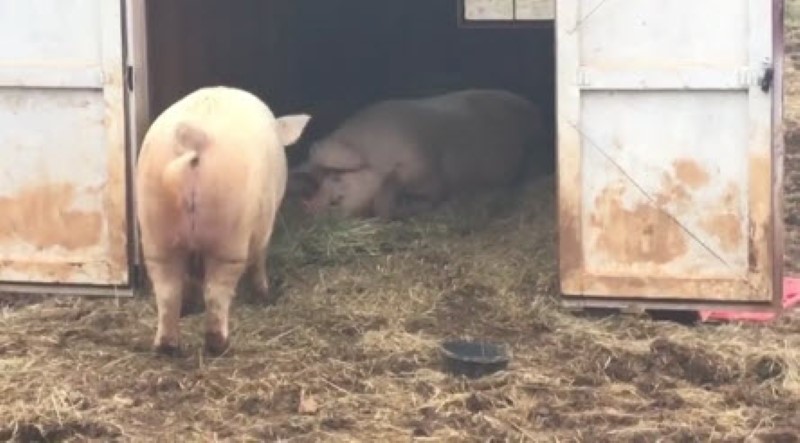 When hay is brought to the field for the animals to eat, Henry goes out to grab a mouthful. He isn’t going to for himself, however, he is taking it to feed his brother Horton. Henry is nurturing his brother back to health and it is a beautiful thing to see.

You can watch it in this video: