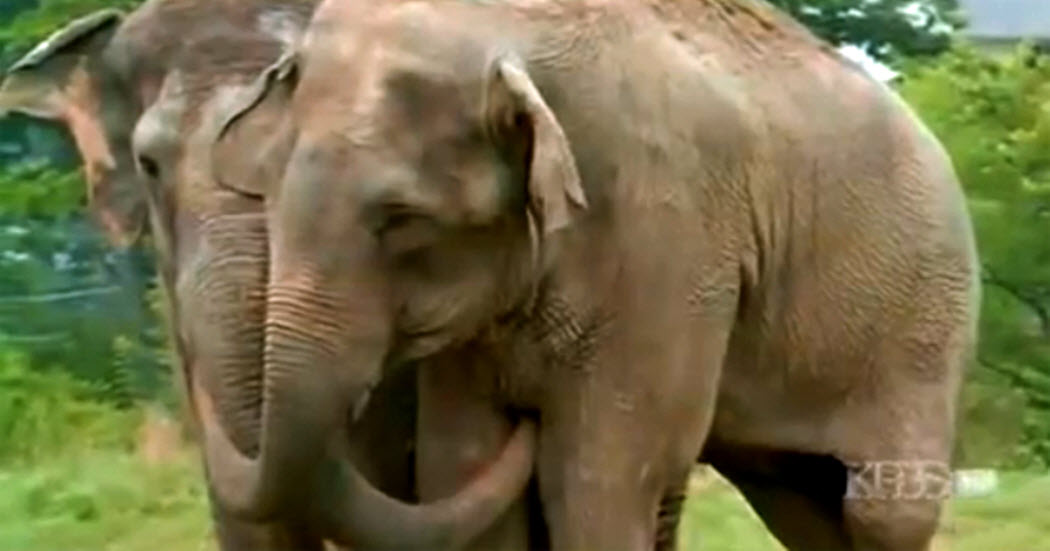 There is an old expression that you may be familiar with, and that’s the fact that elephants never forget. It is not really know where this expression came from, although there does seem to be some truthfulness to the saying when you actually stop to look at the species. They have rather long lives and sometimes, you would be amazed at what they are able to remember.

Jenny was only a calf when she was with Shirley, who was in her 20. They spent a lot of time together in the circus but then they went their separate ways, and they were apart for 22 years. Nobody ever really expected that they would get back together again but as time would have it, they were able to meet up after being apart for so many years. They met at the elephant sanctuary in Tennessee and you are going to be amazed with what happens.

When they did meet, nobody was really sure what was going to take place. There was even the possibility that they wouldn’t recognize each other because they would not have a connection after so many years apart. Even if they had bonded so many years ago, that was a long time to pass and they had both aged significantly. As you are about to see, however, dreams do come true and they had bonded more than anybody expected. At first, they didn’t recognize each other but when they looked into each other’s eyes, something amazing happened.

Six years after the reunion, Jenny passed away after becoming ill but at least she was able to spend her final years with her best friend. This is one of those moments that truly defines so many things and it is a lesson for all of us.