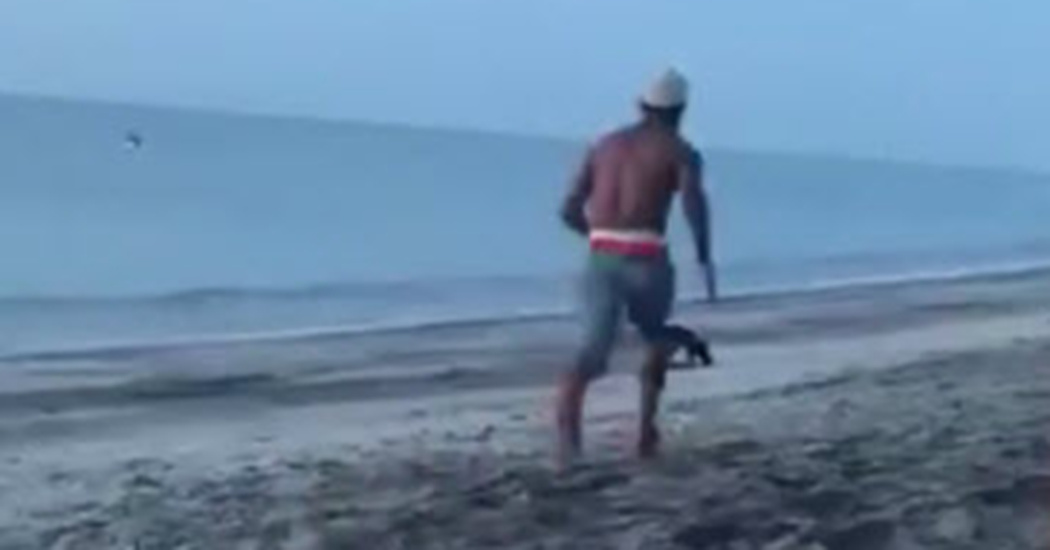 When most of us think about bullies, we think about a young child picking on other children around the playground. The fact of the matter is, however, bullies take on many different forms and sometimes, they may not only be bullying humans but they can also bully animals as well. That was the case in this video, one that you are going to want to see.

As it turns out, the man did go running over to the dog but what happened next was quite a turn of events. He charged it and the dog just stood there but when the dog jumps out of the way, the man quickly slides and falls flat on his rear. He then gets up just in time to start running because he was now being chased by an entire pack of dogs. In some cases, we might feel sorry for somebody that was being chased by angry dogs but in this case, it is poetic justice at its best.

Fortunately, for this man, the dogs did stop their pursuit when he dove into the water. There is a lesson here for all of us. You may think that you are doing something funny but when karma comes to get you, there is no stopping it.