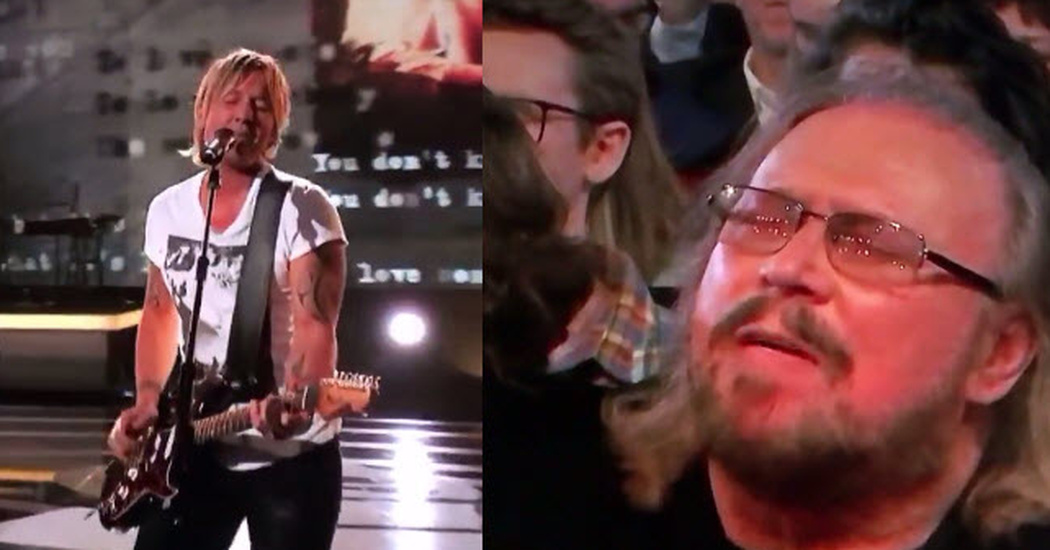 Something rather interesting that has taken place in recent years is that more and more covers of older songs have been popping up. Perhaps they have always existed but now, thanks to the Internet, they are easy to display and quickly spread from one area to another. Sometimes, those covers may be so awesome that they really take things to the next level.

Keith urban is someone who performed one of those covers and he really got people’s attention. During a Grammy salute to the music of the Bee Gees, he performed “To Love Somebody” and he did so in a rather remarkable way. Many of us remember that song from the 70s and it is one that really helped to define the music of a particular generation.

When many of us look back to the Bee Gees and what they were able to do for the music in the 70s, that song may be the first one that comes to our mind. When you watch and listen to Keith urban performing the song, you will understand fully why the original singer, Barry Gibb, is moved to tears in the audience. He likely remembers the days when he was performing this to audiences that were unbelievably large. Now that he hears Keith urban singing it, it probably brings those memories rushing back in again.

Although many bands could have been honored on that particular day, it was the Bee Gees that took the spotlight. Listening to this music helps us to remember what the 70s meant to us. In fact, even if you were not alive in the 70s, it is likely that you heard this song before. You may have even have sang along and perhaps even shed your own tears.