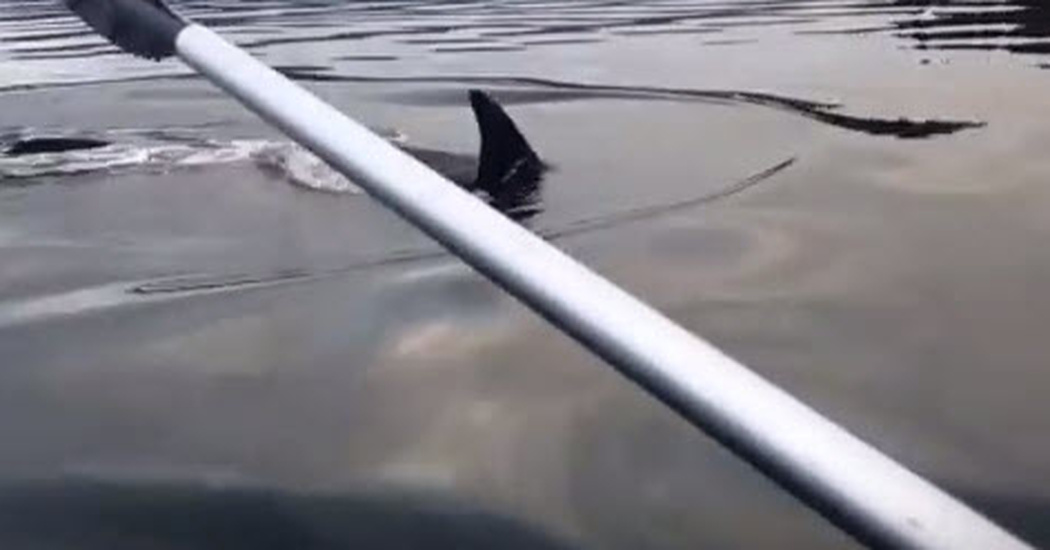 There is something rather peaceful about being out in a tiny rowboat, doing some crabbing with friends. That was what happened with these three young men, who were crabbing off of Anderson Island. As they were out enjoying the day, things took a rather interesting turn and it turned out to be one of the more frightening experiences that any of them had probably had in their entire life.

At first, they saw something off in the distance and suddenly they realized that it was a pod of orcas. They were having a rather good time talking about and watching them as they breached the surface and splashed in the water. When they looked down, however, they came to realize that the orcas had actually started surrounding the boat! As you can imagine, this would be a rather frightening experience and they did use some rather strong language when filming it.

Sometimes, we go about our day-to-day life and we don’t really take the time to recognize that things can be amazing when they are right under our noses. That was obviously the case with these three young men, who were having a fantastic time out on the water but before the day was over, they had a memory that would last for a lifetime. Fortunately, it was also caught on video so all of us could appreciate the moment as well.

Orcas are amazing creatures and just like any other type of animal, they are quite curious as well. That curiosity can be unnerving, however, because even when they are a very young age, they are a lot larger than a human. Fortunately, these three boys were able to get through the experience with a good memory to share with their children and grandchildren.